Queen of the Forest Natural Products is a partner of RAW (Rainforest Awareness Worldwide), an NGO dedicated to raising awareness about the importance of rainforest preservation, providing information about the magnificence of rainforest biodiversity and empowering native cultures in their right to exist, flourish and hopefully inspire people to want to live sustainably in the forest. Queen of the Forest shares these same goals and works toward them by creating an online space where people can read about the rainforest and rainforest cultures, and buy products made sustainably by rainforest communities in South America, which helps with the economic empowerment of these groups.

Rainforest Awareness Worldwide and Queen of the Forest Natural Products were both created by Marcio Purusha. 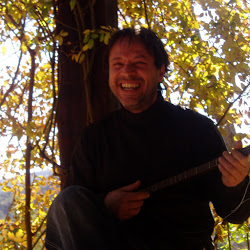 Marcio Purusha is a Visionary, a Shamanic Healer, Media Producer and Social Entrepreneur. He has devoted his whole life to preserving the Rainforest and all that lives in it.

More than 25 years ago, Marcio was  chosen by his Rainforest Spiritual Tradition to come to the US and expand that Tradition beyond the borders of Brazil. His work allowed his Tradition to expand throughout the United States and beyond.

Marcio is an inspiring leader who believes that if we have devotion, unity and perseverance, it is possible to create a more balanced world that provides more dignity and peace for all worldwide and that there’s nothing that is impossible for us if we tap into the power of our higher selves and unite.

Through his business enterprises, Marcio has helped and is helping many tribes in the Rainforest achieve economic empowerment and have a voice in the world. His spiritual work became a powerful movement in the United States and continues to expand and help thousands of people find their own unique true gift and to share it with the world.

Marcio studied film making in college and he carries a strong belief that we can raise awareness and ultimately change the world through media among other things. One of his many goals is to see the ritual use of Ayahuasca and all sacred medicine plants be recognized world wide and help humanity achieve its illumination and grow into a more fair and ecological society that respects its elders and lives in better harmony with the earth and its resources.
Manoj Fenelon – VP of Marketing and Strategy
Manoj is a futurist and inner-space explorer He believes we are living through interesting times — when all that we think we know is turned downside up, and our collective soul is turned inside out — in all its monstrosity and splendor  Manoj has dedicated himself to a mission of helping those who think they are lost realize they are not as lost as they think .
He draws from his lived experience to design, facilitate and otherwise guide processes that contribute to the conscious evolution of individuals and groups. His service manifests through his teaching and research, foresight advising and consultancy, public speaking, writing and music.
Manoj teaches how to lead with compassion and design for a regenerative economy at Parsons, the New School for Design, in New York. Previously, he worked as a social intra-preneur within a Fortune 50 corporation, starting a strategic foresight practice to co-envision and pilot more sustainable and equitable futures.
He is a winner of the PepsiCo Chairman’s Award for helping create a radically new leadership development experience called Pepsi Corps, and an Aspen Institute Fellow in the Business and Society program
Manoj is Indian by birth, a New Yorker by residence and a nomad in spirit.
Erik Hamiliton-Jones ‘Tulpa’ is Operations Director for Queen of the Forest.

He is focused on customer satisfaction and has been fulfilling and shipping orders  for Queen of the Forest for the last year and three months.  He is a graduate of West Point and has been an Infantry Officer and worked in the Telecommunications field for many years before fully embracing the healing and medicine path.  He has been part of Purusha’s ceremonies for the last 6 years and was profoundly influenced by the visions and mission of Queen of the Forest and Rainforest Awareness Worldwide. He has been a Usui and Kuruna Reiki master for 20 years and works intuitively with plant medicines and has recently incorporated Lightarian Reiki in his practice.  He is dedicated to empowering the healing journey of all his clients.

For centuries, native people have been erased by modern society. All over the world indigenous people have had their lands taken from them, their languages outlawed and their religions replaced, only to be treated with prejudice and disregard by the same societies that demanded their “integration”. One of our main directives is to help create a world in which modern society nurtures, respects and protects indigenous cultures, and the rainforest itself is protected by a global understanding of how much more valuable it is to everyone intact and flourishing than destroyed along with its people and cultures.

The rainforest represents the last frontier in human healing and consciousness. More than half the plants used to make the medicines we use today in the pharmacies come from there and still a great number of medicinal plants exist in the rainforest that we don’t yet know anything about.
In the Rainforest, there are still many indigenous groups living as their ancestors lived long ago, mostly practicing sustainable forms of foraging, hunting and agriculture that don’t harm the environment. It is one of the last remaining strongholds of native cultures that have preserved their traditions and way of life. The rainforest is also the home of the medicinal plants of power, considered by many tribes to be teacher plants. These teacher plants, such as Ayahuasca and San Pedro, among others, have the power to expand consciousness, provoke major psychic, spiritual and even physical healing to anyone brave enough to withstand the experience. They have been growing in popularity in western society over the past few decades, specially Ayahuasca. This has been a catalyst to incredible change in the lives of many, healing depressive states and freeing people from negative emotional patterns or paradigms that held them hostage before.
We depend on rainforests for the oxygen they produce and for the balance they bring to the global ecosystem. Expanding the global consciousness about their true value and meaning is our mission. We believe that informing people about the benefits of this sacred place is the only way to truly preserve it, while creating a way for the rainforest to benefit the world in a safe, sustainable way. By respectfully sharing the medicines, the traditions and the wisdom of the forest, we can create a mutually beneficial channel. Through the Queen of the Forest, people of the world can receive the healing powers of the forest delivered to their homes and revenue from sales helps rainforest communities preserve their lands and their culture. The world wins, the forest wins.

Blessings For My Son Josh

My son, this is not to be anything but a return to the course in

The Importance of the Indian Culture for Brazil

Contemporary Brazil is more indigenous than is usually supposed. Although culturally transformed by the secular

Everyday Was Day of the Indian

Why is Palo Santo Used in Ceremonies?

Pau Santo means “sacred wood”. The beginning of the use of this wonderful wood is

Indigenous People Day Should be Everyday

Help Us to Help the Forest People by Purchasing Medicines that Come from Them!

Protecting the Forest by empowering the Indigenous People who take care of it!

Get to Know The Beautiful People we Work with and Help