Daniel Arcelino Serra was born in 1932 in the village of Santa Teresa in the municipality of San Vicente Ferrer – in the state of Maranhão. As a child, he was raised by his aunt, grandfather Joan Serra, Mestre Irineu’s mother.

Early Daniel Serra heard stories about his uncle. In his memories, Joana Serra always hoped his son, who had left and never returned would return someday. She would even make a cake waiting for him. “Nobody could eat! The cake ruined, but no one could eat, “recalled Daniel.

In 1957, a teenager, took up residence in the city of Penalva, 145 km from São Vicente. That same year, Irineu Serra had returned for the first time after 40 years to Maranhão. Visited Uncle Paulo Serra and expressed interest in taking with him some nephews to Acre, where he lived and it was a spiritual leader. Only three nephews wanted to go. One was Daniel Serra – son of Raimunda (Granma Cota), sister of Irineu Serra.

At 17 years old he accompanied his uncle on his adventure and arrived by boat to the state of Acre, through Bethlehem and other cities of the state of Amazonas. Daniel had no idea what he was going to find in the city of legends and indigenous charms. He had no idea of the dimension of his uncle’s presence meant to those people who waited anxiously afraid of not seeing him anymore.

The changes were enriching beside the Master. He adapted to Acre, married to acriana Otilia Sousa, with whom he had a daughter, Maria Serra, and three grandchildren: Gabriel Matthew, Lucas and Giovanna Gabriele. And after 57 years living in the state of Acre, he decided to return to Maranhão.

Padrinho Daniel always had within him the desire to return one day to Maranhão. In 2001, he paid a visit to appease the nostalgia of relatives. He stayed at the home of his brother, José Diniz Serra in Sao Luis. His niece, the daughter of Martimiriana Diniz Serra (his sister), showed him and read an article published in the newspaper O Imparcial (), which talked about the doctrine of Mestre Irineu.

The article said that the Maranhão was the only Brazilian state that did not have a representation of the Santo Daime doctrine. After this episode, he began to dream constantly with Mestre, who asked him to return to his native land.

In 2004 he returned to St. Louis for a holiday. He had the information of the presence of a small group of people taking daime. He wanted to meet those people and he ended up staying at the house of one of them. First in the house of his brother, José Diniz, then spent a few days in Leandro psychologist’s house and then at the home of journalist Mivan Gedeon, where he remained until returning to Acre.

In July 2006, Daniel Serra came back alone to St. Louis and set the stage for the arrival of his family (wife, daughter, son in law and grandchildren), buying a house in the Residential Pyramid, in the municipality of Raposa. Once he got everything ready, He had to return again to Acre to prepare for the coming of his family to Maranhão.

But before returning to Acre, he formed a group stumbled carry out the work with him, his brother José Diniz Serra, Mivan Gedeon, Hugo Fonseca and Teresa Sá (who then immediately had to change city). Upon returning definitively in January 2007, he began his work in public schools, sites and even in kitchen of their home. In 2008 Humberto Leite received a donation of 6 hectares of land to build the headquarters of a religious representation of his uncle’s doctrine in the state of Maranhão. 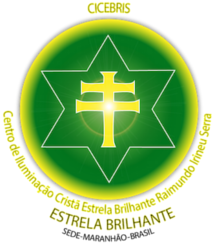