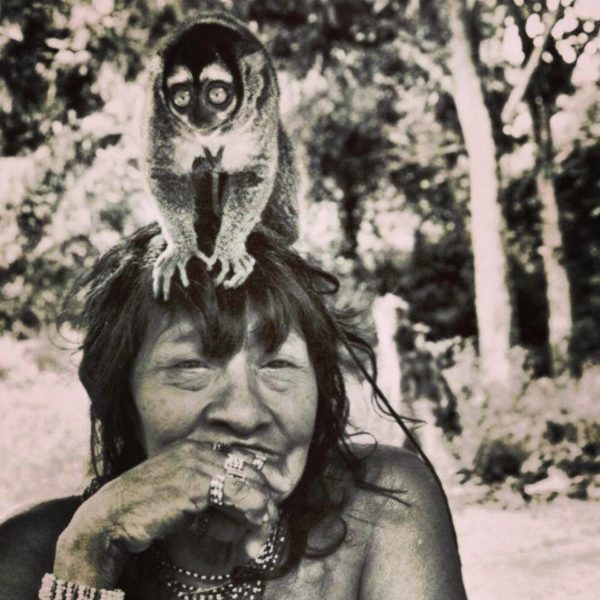 What is a Rainforest?

We’ve all heard of the rainforest before. They are tall, hot and dense forests found all around the world and serve a significant purpose in the environment. They serve as the Earth’s oldest ecological system.

Although a rainforest covers only around 6% of the earth, amazingly they account for ½ of the plants and animals found!

In a nutshell a rainforest is a dense jungle. As the name suggests, rainforests are the forests that receive more than 1000 mm of rainfall throughout the year are mostly found around the middle of the earth near the equator like South and Central America, Africa, Asia and Australia.

Over 2000 types of plants that you find in the rainforest can be used to help aide in cancer treatment because they have anti cancer properties.

Why is the rainforest so important? We have all been hearing save the rainforest mantras for so long. It’s a redundant question to ask. Obviously, it is the lungs of the world. And 80% of the oxygen that we breathe comes from the rainforest.

We all know about the plants and the richness of the medicines that come from there. All the interesting facts about what the rainforest offers the world are part of the collective consciousness for those awakened humans who are tuned in to the great transformation of the times now, in this present that we live in. But one thing that often gets forgotten is the people who live there.

In Brasil, there are still 18 uncontacted indigenous tribes. Over 67 other tribes inhabit the confines of the forest. And that’s just the indigenous tribes. There are uncountable other populations that depend on the forest for their sustenance and live inside of the official “Rainforest Land”.

There’s so much life in the forest, it is hard for one to fathom. In one square mile of rainforest, there are more plant, animal and insect species that in all of Europe. This biodiversity is utterly necessary for the balance of the planet. There are thousands of plant species in the rainforest that haven’t even been discovered yet. It is the richest ecosystem in existence in our planet and it is a heritage of human kind.

The fact that even with all the progress that we have witnessed over the past 5 decades, that we still have this much rainforest left is actually a blessing. We have been able to preserve this much, or rather, unable to destroy it completely, I don’t know which for sure.

I myself have been so blessed to have gotten to know a little bit of the forest and to meet some of its people and work with its medicines.

All I can say about it is that the Amazon rainforest has completely given me a perspective in life that I would not ever have been able to comprehend without having gotten to know it. It also even showed me a lot about myself, in a way that nothing else in this world ever has…

The forest is a treasure

It is indispensable for the earth and the people of the earth but even more than that it is a heritage that belongs to our children. If we have kept it until now then it is our job and mission to make sure that it continues on forever more until one day if the earth changes and it makes it into an ocean. Everything that it offers is a testament to the fact that nature is more powerful.

That it has everything we need in order to survive and to live in accordance with the divine plan.

Progress is not a bad thing but preserving the natural treasures that were entrusted to us should be just as important.

We deserve this, humanity does, to make it into all of our mssions the one to preserve the most bountiful and incredibly beautiful patrimony of humanity. For us, for our children, for the children of our children.

Some ways you can help supporting deforestation:

• Eat only local grass fed beef (it’s better for you anyways)
• Don’t buy furniture that is made with woods from the rainforest
• Watch your consumption of soy, large pieces of rainforest land are cut for the cultivation of soy
• Purchase rainforest lands for preservation
• Purchase art from rainforest people
• Drink more Ayahuasca ☺
• Support organizations that support the rainforest – donate time or money or both to these organziations. Some exemples are: RAN, RAW, others. ..

BUY AN ACRE OF RAINFOREST TODAY! 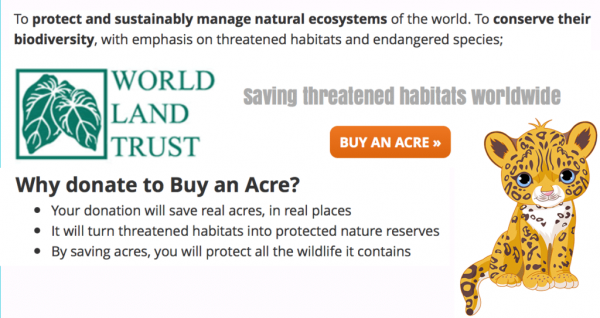 World Land Trust (WLT) is saving threatened habitats acre by acre, creating protected nature reserves across the world. You can help us create new or extend existing reserves by buying acres and providing more safe havens for some of Earth’s most vulnerable wildlife. Help us save real acres, in real places.

BUY AN ACRE OF RAINFOREST TODAY!