What an awesome blessing was to walk into my friend’s apartment where we were celebrating her bday to encounter this amazing man sitting there, of all things, waiting to meet me, the man selling his tribe’s rapé on our website (this one :). Haru Kuntanawa and me ended up spending most of the party sharing our visions and stories, and of course, medicines with each other and the rest of the group. The next night we met up to sit and pray together and seal our newfound friendship, brotherhood and alliance.

Haru is a relatively young guy, probably in his early 40s ( I never asked his age, he seemed so ageless anyways ) but he is now the leader of the Kuntanawa Tribe in the Amazon. His lineage goes back a long way and the Kuntanawa, which translates to Star People but also Palm People. In their mythology the flew here from the stars in their spaceships which were the palm trees. Their face paintings reflect that quite a bit as you can see in some of the pictures you can find on the internet and some the Haru shared with us.

Throughout our talks, I couldn’t help but admire the simplicity, clarity and intention in everything Haru said, did or for the delight of the few of us who got to have the experience to sit with him in that small Aya ceremony in the mountains of Colorado of all places, sing. His words resonated much exactly like what you are used to hear from us here at Queen of the Forest. The spreading of the sharing of our medicines from the Forest has reached even his small tribe of 300 and it continues to bless them with the ability to generate resources that have been helping the tribe to stay strong and united around its culture and production of sustainably harvested forest products.

Haru introduced me to some really unbelievably strong and blessed snuffs, some of which we have now available here at QoF now. He also left some beautiful Sananga with us and wow, it is something else. Plus it is specially fresh and we are happy to share it with all of you at our website while we still have it.

Xara Xara my Brother Haru! Looking forward to many adventures and hopefully see you in the Forest next time.

The Kuntanawa are an ethnicity in reconstruction in every aspect: language, painting, rituals and belonging. There are initiatives of visits and stays in neighboring Indigenous Lands, of reconstitution of the language of its people by means of others similar (contact with neighboring Cloth peoples). External signs, such as painting, are recovered through experiments with ayahuasca and an accurate survey in Dona Regina’s accounts, still alive in the memory of Mrs. Mariana. Indigenous names are also being adopted.

Crafts begin to be made from those already made by Mrs. Mariana and those in the neighboring Indigenous Lands. There are plans of a great migration, aiming to reunite all the descendants of his Milton and Mrs. Mariana within the area that they plead, occupying it with villages that already begin to be structured.

In 2008, the Kuntanawa were awarded by the Xicão Xukuru Edition of the Indigenous Cultures Prize with the project “Revitalization and Rescue of the Culture of the Kontanawa People”, to be executed during 2009. Later this same year, in support of the State Incentive Law the Culture (government of Acre), a CD with songs composed by some young people Kuntanawa should be released. This same group, led by Haru, grandson of his Milton, has accumulated material in video and has plans of elaboration of at least one film on the Kuntanawa.

The “Kuntá Project” is a project that portrays ethnic cultural identity and sustainability. Considering that the Amazon forest needs to be preserved to guarantee the quality of life of the future generations that propose this project. Our goal is to organize the production so that it is a continuous work and that generates sustainability for the artisans. The insertion of the indigenous economy in the market, which includes the commercialization of the products, needs these supports, capable of guaranteeing the articulation between the “economic gains” and the indigenous socio-cultural reality

The Kuntamanã village is a center of culture and sustainability of the Kuntanawa people and at the same time is a global village of interchange of Pano peoples. Through the Ministry of Culture a cultural center was built. This village is being structured to receive sustainability projects from the crafts, live pharmacy, reforestation, fish farming among other projects that will add cultural, environmental, social and economic values. 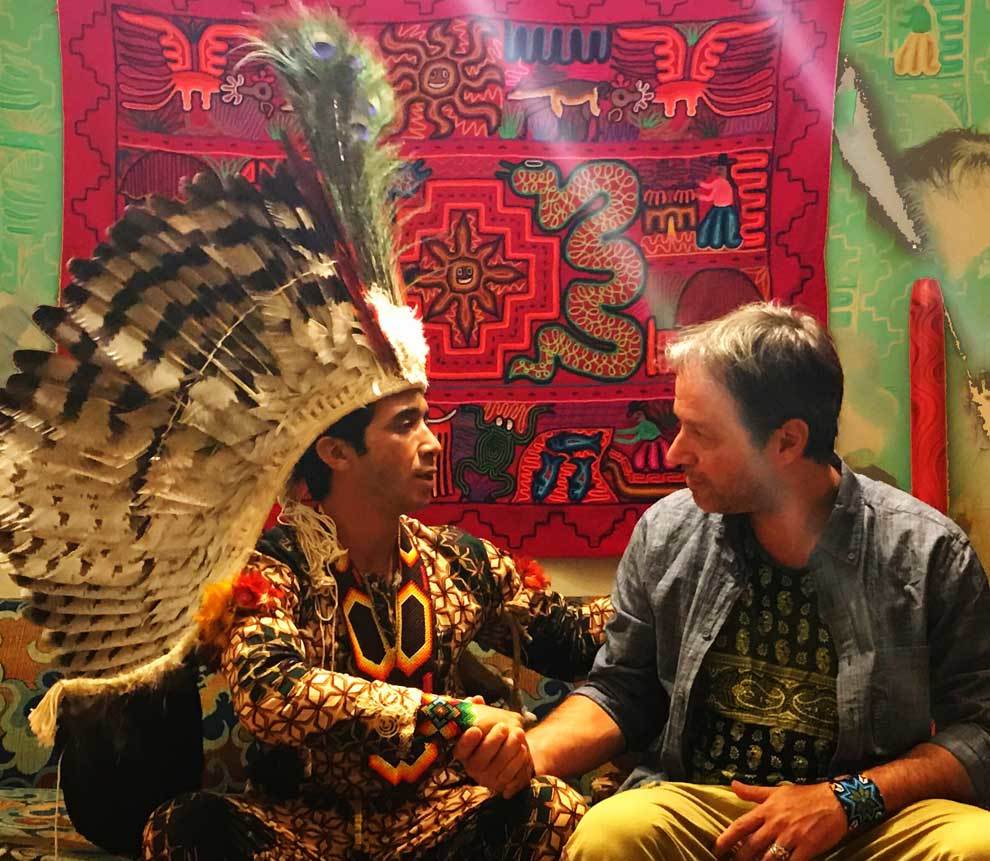 Thanks for Sharing
Thank you for helping us promote our message and raise awareness for the preservation of the rainforests. If you're an affiliate with us, this share works as an Affiliate Link and any clicks from it will be potential Referrals. If you're not an affiliate with us, we recommend you check out our Affiliate Program to see if it interests you. We appreciate you and wish you a wonderful day!
Get to Know some of the Brazilian Native Populations, their art and culture: